The final responsibility for AIJ's policy lies with the General Assembly, which meets in March and May every year. Legally appointed Representatives of AIJ members and Officers (President, Vice-Presidents, Directors, Chairmen of Chapters, and Auditors) have the right to participate and approve the agenda. It is the General Assembly that discusses and determines the general policy of AIJ. At the General Assembly held in May, new Officers of the next term are appointed. The affairs of AIJ are managed on behalf of the General Assembly by the meeting of AIJ Board of Directors. The AIJ Board is appointed for a two-year period. The Board consists of the president and five vice-presidents, 10 directors, nine chairmen of chapters and two auditors, and one managing director.

The AIJ Secretariat, which is located in Tokyo, carries out administrative work under the supervision of the AIJ Secretary General.

Research Committees of AIJ, about 600 sub-committees and working groups under the 16 standing research committees promote research activities and more than 8,000 members participate in committee activities. More than 2,500 committee meetings are held annually. Special Research Committees carry out research contracts awarded to AIJ by national, regional and local governments, public corporations and enterprises. The results of the research and work are published in the form of reports, technical standards, specifications and textbooks and presented in symposia and lectures not only to its members but also those who related to architectural professions and members of the general public interested in architecture. AIJ conducts cutting-edge research in our research division. (See the diagram below)

The diagram shows the organizational structure of AIJ. 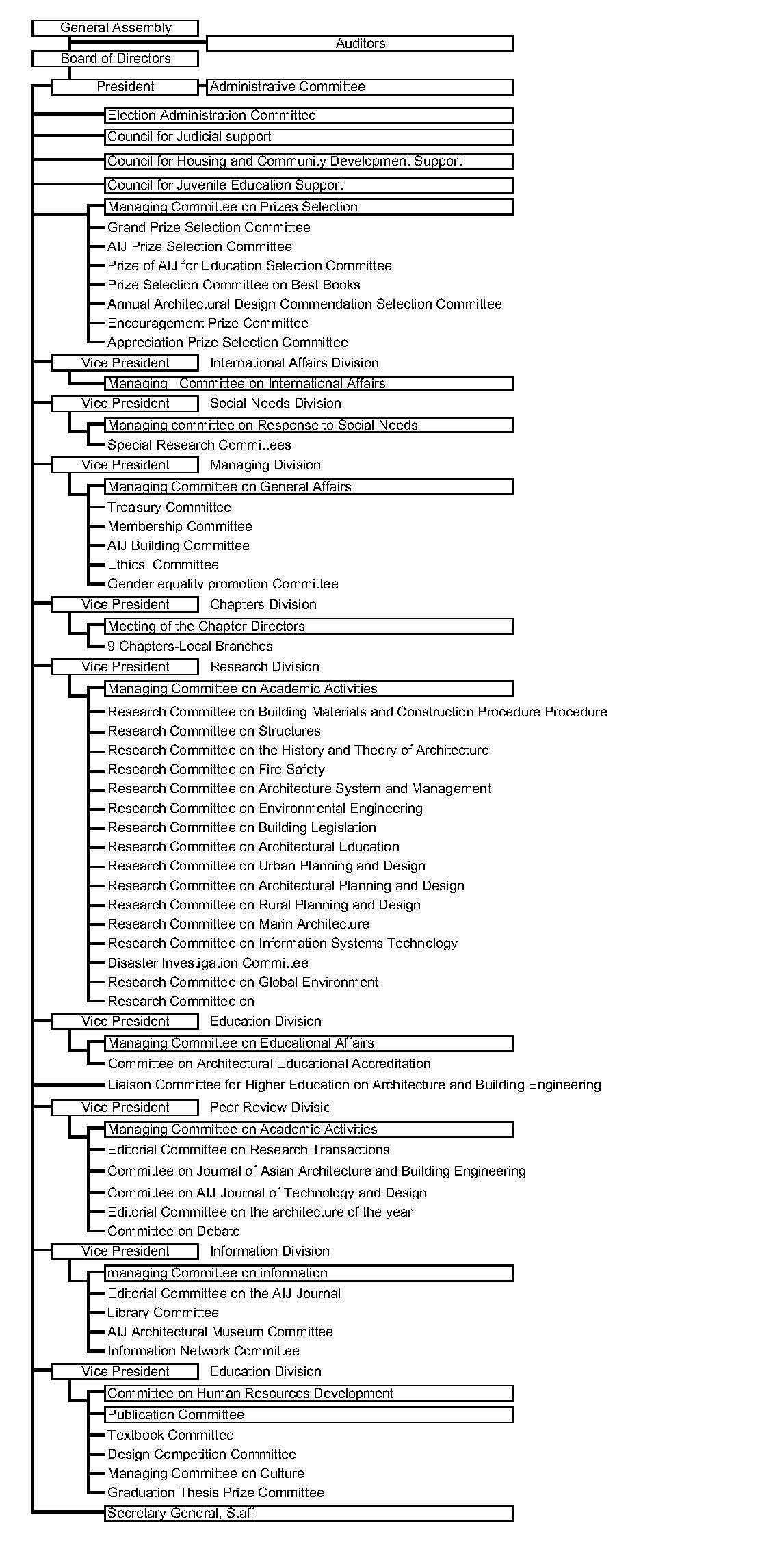